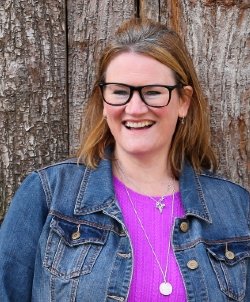 As baby loss awareness week approaches for another year (9th – 15th October), it seemed a pertinent time to introduce myself. I’ve recently joined the team at SLOW as the Bereavement Support Services Manager and as with all members of our team, I’m part of a gang that no parent ever, ever wants to join – the gang where a child of ours has died.

My daughter Rosie was just 6 days old when my husband and I had to say goodbye. Never did I think my first cuddle with my newborn baby would be the last. I still remember it like it was yesterday, it was May 2006. Rosie was perfect in every way, she wasn’t much bigger than a barbie doll, she only weighed 585g (a bag of sugar to most people). I went in to very premature labour at 23 weeks and 3 days (full term is 40 weeks), I was told during my labour that she may not survive the birth. It was painful in so many ways. Rosie was born showing signs of life (at 23 weeks and 3 days, medical teams will only intervene if there are signs of life), she was born at a hospital that didn’t have the specialist care that such a premature baby needed. She was immediately taken from me and whisked to the scbu (special care baby unit) where she was worked on until she was stable enough to be transferred 1/2 hour down the A22 to the Trevor Mann baby unit in Brighton. 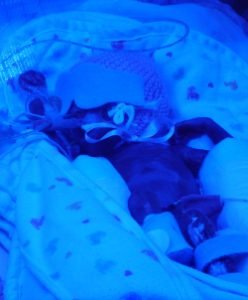 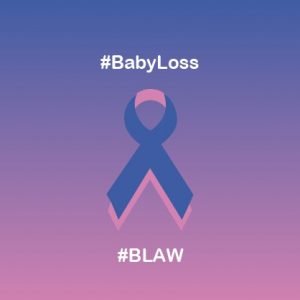 It felt surreal that only a few hours after giving birth I was in the car with my husband driving to another hospital without my baby with us.

We were told the severity of her health and her chances of survival were incredibly slim but we had hope, it’s all we had as well as an incredibly amazing and supportive neonatal care team looking after her – so much so she was nearly named Beata after the lead consultant who cared for her.

Sadly, Rosie was too little and too poorly to survive. She did give us hope for 6 days and she showed us how easy it is to love but also how precious life is. She was taken far too soon from us. Rosie now has two younger sisters who are 12 & 10 and a little brother who is just 7 weeks old at the time of writing. Rosie remains a big part of our lives and she is the reason I do the work I do today. We celebrate her birthday every year on the 26th April and we light a candle (#waveoflight) for her every year during baby loss awareness week.

I’m thankful for baby loss awareness week as it raises awareness of pregnancy and babyloss as well as driving improvements in policy, bereavement care and support for anyone affected by the death of a baby.

Click here for dates of all our forthcoming groups.

Sending love and light to anyone that’s been affected by the loss of a child.

Please join us tonight at 7pm by lighting a candle

Sharing some more photos of our brilliant team yes

Our latest blog is from Nikki Peterson, our Berea

After being postponed twice due to COVID, the Roya