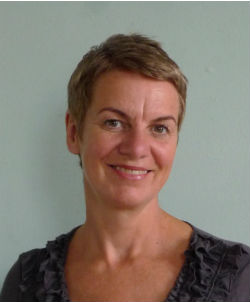 Nicola Whitworth has been facilitating groups and working with individuals as a creative therapist for over 30 years.  She studied at the Institute of Group Analysis in Group Dynamics and holds a Certificate in Counselling Skills from Birkbeck College, University of London. She more recently trained at the national Child Bereavement UK charity in ‘Advanced Facilitation’ Skills for Bereavement groups’, in ‘Traumatic Grief,’ and in ‘The Impact of Suicide on Families’.

Following the death of her daughter Naomi Grace in 2005, Nicola Whitworth co-founded SLOW to support bereaved parents.  Nicola facilitates the North London SLOW support groups and provides training on parental bereavement to charity and healthcare professionals.  As well as her work for SLOW she is an honorary member of the National Child Death Helpline volunteer staff and as a Grief Support Practitioner at Angus Lawson Memorial Trust and Rosie’s Rainbow.  Nicola is a member of the Mindfulness Practitioners network.  She teaches Mindfulness and has developed a Mindfulness for Grief programme. 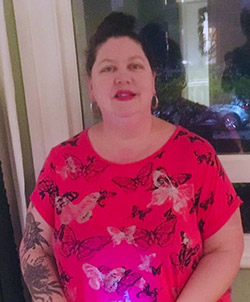 Susie founded SLOW with Nicola Whitworth to support bereaved parents after the death of their daughters, Naomi Grace and Bella Patricia. Susie nursed and tended to her daughter Bella’s many complex health issues till her death.

With three other children of varying ages, she greatly understands the complexities of severe childhood illness and the impact of a child’s death within the family.  She has been facilitating SLOW groups for many years and has presented to professionals in the field of bereavement on the impact of child bereavement in families.

Susie trained with Great Ormond Street Hospital Child Death Helpline to work on their helplines and has a certificate in counselling skills from Birkbeck college. Susie has worked in the voluntary sector for many years and passionately supports the industry. 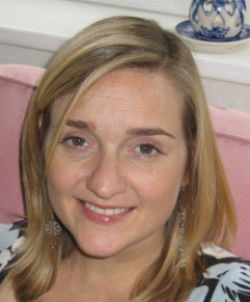 Kelly is a bereaved parent having lost her daughter Esme in 2010. She first attended a SLOW support meeting in 2011 and then began working voluntarily for SLOW two years later. In 2015, she took on the role of Business Development Manager and her current remit for SLOW includes planning and developing new services, grants and fundraising, professional outreach and presentations and project administration and finances.

Kelly worked for 13 years in the Telecoms and Media Industry at News International and BSkyB in a variety of management roles, primarily in product marketing but also in project management and operational roles. After her daughter’s death, she also raised over £125,000 for the HR Trust for scientific research into the disease, HLH. 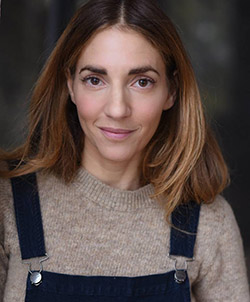 Clara, lost her two-year-old daughter, Maude, tragically and unexpectedly to Sepsis in 2011.  Clara attended numerous support groups and has raised thousands for SLOW through inspiring fundraising events. Clara is an actress as well as a designer of exquisite intricately-beaded jewellery and also runs O’Pioneers, a British clothing label.

Clara recently said “SLOW is a place that offers practical help and huge support to people when they need it the most.  I will forever be indebted to SLOW and the incredible work they do.” 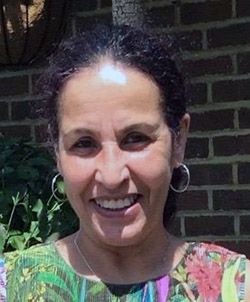 Erica Stewart is a bereaved parent and mother to Baby Shane who died following major heart surgery at eight weeks old in 1983.

Erica has 25 years’ experience working with bereaved parents and families at Sands (Stillbirth and Neonatal Death Charity).  She started working as a volunteer on the Sands Helpline in the mid 90’s, and after 2 years was employed by Sands and worked her way up to Bereavement Support and Awareness Specialist working across all Sands teams.  During Erica’s time at Sands she also co-facilitated the South East London Sands support group.

Erica trained at CBUK in Advanced Facilitation Skills and is a qualified Counsellor, and says that she “hopes to bring all her skills, knowledge and experience to SLOW” 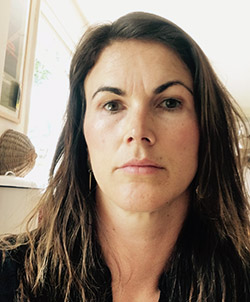 Hattie is a bereaved parent having lost her son Theo in 2012 to SIDS.  Hattie also works for Cruse Bereavement Care and is employed by the Richmond Branch to manage the area referrals and provide face to face bereavement support for individuals.

She has been trained by Walking for Health and the Ramblers Association to run walking groups for bereaved people, and is on the fundraising committee for Child Bereavement UK.

Hattie spent over 15 years working in the food industry, and was compelled to change her career path after the loss of her son, wanting to help other bereaved people and offer the support she was given when she needed it. 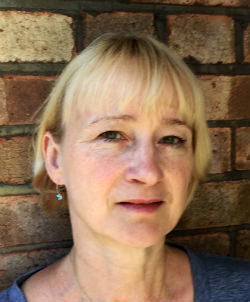 Pippa joined SLOW in 2012, initially taking on the role of Treasurer for two years. She has a background in central government, having held a number of senior posts in HM Treasury and HM Revenue and Customs. Pippa was also a member of Great Ormond Street Hospital’s Transformation Board between 2008-2012.

She has been a Trustee of the Brain Tumour Charity since 2008, chairing its Information and Support Sub-Committee and serves as a member of the Research Sub-Committee, having a degree in Biochemistry. She is also a non-executive director of Dasic Marine Limited, a marine engineering business based in Hampshire. Pippa has taken a career break since her 15-month old son, Lawrence, was diagnosed with a brain tumour. She cared for him until he passed away in September 2007 aged 3 years 9 months. 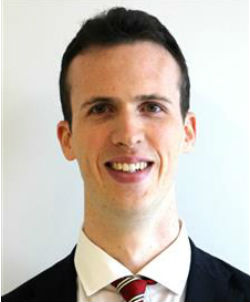 Kieran works at MUFG, a Japanese bank in the City of London. He was introduced to SLOW through The Big Alliance, which connects local charities with workers at major institutions with an interest in volunteering.

Kieran has a background in finance and is keen to get involved in treasury work for charities. As a child, he grew up near Cambridge and regularly attended Cruse events, where he gained an interest for organisations helping those with bereavement. 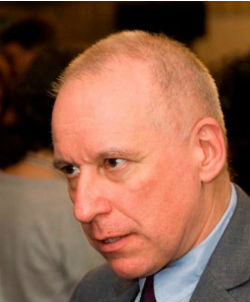 Tim has many years’ experience working with the public sector and supporting and advising new and small enterprises. A qualified training practitioner and executive coach, he worked with the Office for Public Management for over 9 years and now has his own consultancy and training practice running master classes in political and stakeholder engagement, doing more with less, commercial awareness and innovation skills for a number of large local authorities & NHS Clinical Commissioning Groups and providing team and performance coaching for health and local authority senior management teams.

Tim has used his personal experience of the diagnosis and loss of his daughter Naomi in running a bereaved dads support group based at Helen and Douglas House Hospice in Oxford since 2011. 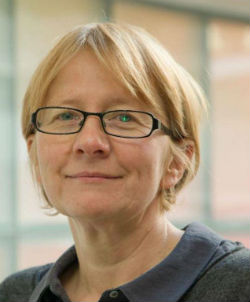 Finella is a Consultant in in Paediatric Palliative Medicine at Great Ormond Street Hospital and has worked as a paediatrician since 1989. She is on the management group of The Child Death Helpline, where she is a shift supervisor, and is a Medical Practice Facilitator with Child Bereavement UK.

Her palliative care training included two years with a community and hospital-based adult palliative care service as well as with the Paediatric Palliative Care team at GOSH. She has contributed to several national and international service and policy documents. 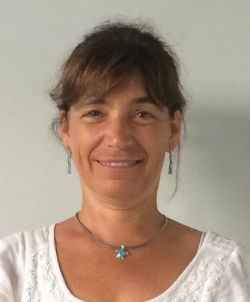 Sara is a Consultant Clinical Psychologist at University College Hospital, London, UK  and has worked with children and their families for over 25 years in the health service.

For the past 10 years she has worked with Life Force (Community Paediatric Palliative Care and Bereavement Team) in Camden, Islington and Haringey with families where their child has a life limiting or life threatening condition and with families who have been bereaved. She has published and teaches on bereavement. 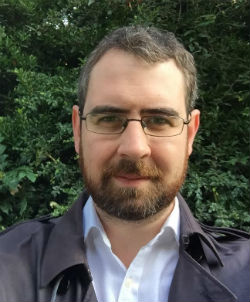 Andrew is currently Head of Administration at Arcadia Fund. He has worked in the charity sector for eight years.

He first encountered SLOW when he joined the Cripplegate Foundation and Islington Giving, where he was a programme officer for three years. Over that time, he got to know Islington’s voluntary sector well, and, as manager of Islington Council’s Community Chest, spent much time helping small, local organisations to develop their work. He hopes to bring this experience to SLOW to help it continue its “brilliant, necessary work.” 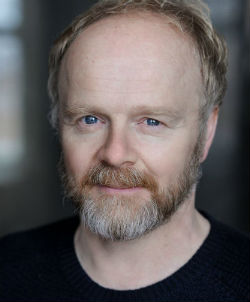 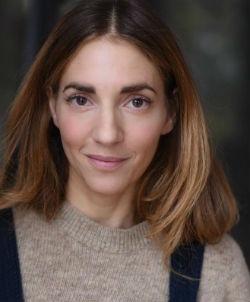 Our patrons, Jason Watkins and Clara Francis, lost their two-year-old daughter, Maude, tragically and unexpectedly to Sepsis in 2011. Jason and Clara, have attended numerous support groups and have raised thousands for SLOW through inspiring fundraising events.

Jason is an award winning British stage, film and television actor and he dedicated his 2015 BAFTA to Maude. Jason is also a Sepsis Trust ambassador raising awareness of Sepsis to prevent further deaths.  Clara is an actress and designer of exquisite intricately-beaded jewellery.

Clara recently said ‘SLOW is a place that offers practical help and huge support to people when they need it the most.  I will forever be indebted to SLOW and the incredible work they do.’