For Maude: BAFTA’s best actor Jason Watkins and his partner Clara on the heartache of losing daughter 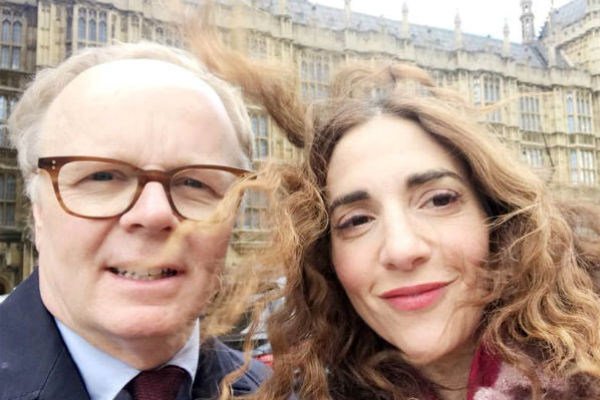 When the bright lights flash and the cameras begin to roll, actor Jason Watkins temporarily conceals with make-up the tattoo bearing the name of his daughter that is etched into his arm.

But little Maude, who died suddenly from flu when she was just a toddler, will forever be in his and his partner’s minds.

In one of the most moving moments in the history of the Bafta ceremony, Mr Watkins, who lives in Camden Town, dedicated his golden gong to the two-year-old as he was honoured as the country’s best actor by the academy on Sunday evening.

In an interview with the New Journal at their home, Mr Watkins and partner Clara Francis told how the award had come after four years of pain in which they had, at times, felt “broken” by the tragedy.

The Bafta awarded for his lead role in the ITV mini-series The Lost Honour of Christopher Jefferies, a drama about the media witch-hunt of an innocent man following the 2010 murder of Joanna Yeates in Bristol.

After dedicating the award to Maude, Mr Watkins also told the star-studded audience gathered at the Theatre Royal in Covent Garden about the Tufnell Park bereavement group service, Slow, which he said had given the couple the strength to carry on.

Mr Watkins, selected from nominations which included Benedict Cumberbatch and James Nesbitt, said he had been “determined” to take on the role of Mr Jefferies after seeing strong parallels between the story of Ms Yeates and his own personal tragedy, which happened a few days apart.

“They are completely linked,” he said. “It is about the death of someone’s daughter and the awful story of what happened to Chris Jefferies. He was arrested and went into custody on New Year’s Eve and Maude died on New Year’s Day. I remember there is a scene when the New Year’s fireworks are going off, and that hit me hard. There’s also a scene where his (Mr Jefferies’) friend is going through the newspapers, with all the terrible headlines about the ‘nutty Professor’ and ‘the voyeur’ – but sharing those headlines were ones about the flu epidemic at the time. Flu is essentially what killed Maude.” 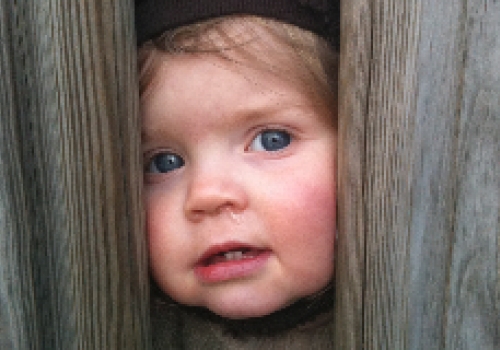 Maude passed away when she was two

Mr Watkins, who also stars in comedies W1A and Trollied, said: “We both have these tattoos for Maude. They cover them up for filming with make-up. But when you shower in the morning, it comes off. When that happened I was really emotional, I was crying before I got to work.”

Maude died on New Year’s Day 2011, from sepsis triggered by flu, after being sent home by experts at UCH.

Mr Watkins said that although sepsis in infants is extremely difficult to detect, there should be a policy of immediately testing sick children for it when they go into A&E.

He said: “There needs to be a statute procedure. When you’re coming in they need to say, you could have one of six illnesses, so we are going to test you for that right away.”

UCH held an internal inquiry and Mr Watkins said he was broadly satisfied with the staff individually, but added that the system “still needed to be improved”.

Ms Francis, who was in Drury Lane with Mr Watkins to see him collect his award, added: “In life, you have good luck and bad luck. It was New Year’s Eve, they [hospital staff] were gearing up for a big night of the year. It was difficult to see a doctor. We were unlucky. In different circumstances, she may well be alive. I’m not saying she would be alive. But that is very difficult to deal with.”

Mr Watkins said the couple were unable to work for long spells after Maude’s death.

“Maude died two years before this project came up and neither of us had worked, we had both essentially lost our jobs,” he said. “We were completely broke. But the director [of the show], who is a very close friend, gave me some money to get us through. It might seem crass to talk about money, but we were in a lot of trouble. People don’t think about these sorts of things, but it is reality.”

Ms Francis spotted an advert for Slow in the New Journal, early in 2011, and contacted the charity, which was set up in 2007 by two bereaved north London mothers.

She said: “We tried to get incapacity benefit, but it was so hard, so many forms to fill in. We were incapable, we couldn’t cope. I was so desperate at the time, I needed to speak to other bereaved parents. I didn’t know anyone whose child had died. I needed to know that I can survive this. I didn’t even think for a second there would be something out there for me, but I looked and there it was, in the Camden New Journal.”

She added: “You find this strength within yourself. You do have a new perspective, not all the time, but a lot of the time, and you think, well that petty shit doesn’t matter anymore.”

Slow works with families who have lost their children and gives them a place to talk to other people who are going through the same trauma.

Mr Watkins said: “It is a particular kind of loss, you see. You feel you should have been more responsible, you feel a victim and you feel terrible pity for your child. Your child has been denied a life.”

He said Bafta had booked him into a hotel in Whitehall before the red carpet event on Sunday.

Ms Francis said: “I go from my life of drudgery to high glamour. It is nice, to be honest, but I think I’d like something in between.”

Mr Watkins said his award was surprisingly heavy in weight and joked that it was also “potentially a dangerous weapon”, adding that his three-year-old son Gilbert was a “pocket genius” and a “silver lining”.