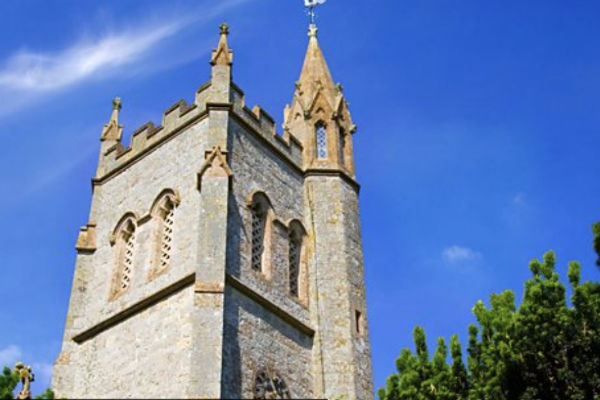 She is considering her own experience of motherhood in a reflection of “And a sword shall pierce your heart too”. This is part of Radio 4’s Lent series, “Alone and Together”.

If you didn’t catch it, you can listen on the BBC site after the program airs here. Dr Anna speaks about her loss and its meaning for her, if you want to start at that part of the program, forward to 18 mins 15 seconds into the audio.

The text from her sermon is also below:

“Two parents and a baby.

A couple of experts gathered in a place enshrined with expectation. A wise man proclaims his words of wisdom over the child: words that amaze, words that devastate, words that leave a trail of bewilderment long after they’ve been uttered. There’s been so much joy: the wonder of pregnancy; the agony and ecstasy of a demanding delivery; hordes of visitors: how could sorrow be the future?

That was the moment old Simeon told Mary as she presented Jesus in the Temple that ‘a sword will pierce your own soul too.’ That was also the moment when my husband and I were told our infant daughter had a rare life-limiting condition, that could possibly live till three but probably wouldn’t get through the winter.

In a few gentle, measured sentences the doctors dismantled all our parental hopes and dreams. She would never walk or talk, or feed herself. There would never be a day when she’d be free of seizures. In the dark days that followed my husband and I held onto her tighter than ever, grieving for all that had been lost, yet recalling that every child is a gift from God. We were letting go of so much; we could only trust that the wonder held in store in this tiny, fragile, precious gift would somehow be revealed.

Mary too, believed she had been blessed with a gift. ‘My soul magnifies the Lord,’ she sang when she was expecting, ‘for the Mighty One has done great things for me, and holy is his name.’ Was she still singing after what Simeon told her in the temple? What were her expectations now? Simeon, upon whom, we are told, the Holy Spirit rested, who was able to recognise the Lord’s Messiah, who praised God for the salvation bestowed in Jesus – yet Simeon who also knew the excruciating pain that this would inflict upon Jesus’ mother.

Did Mary stop then to rethink about her Magnificat song, or reevaluate the visit of the shepherds and the gifts of the wise men? Were Simeon’s words enough to silence her singing? Did she too have to let go of the dreams she had once dreamt for the child she had carried? One of the universal characteristics of motherhood across continents and cultures seems to be the pain of letting go. Sometimes this pain is mixed with pride: watching your child swallowed up by school on their first day, stride onto the platform at graduation, head off into the sunset as a newly-wed. But other letting goes are forced upon us: a phone call tells of a tragic accident, a test reveals a terminal disease, a confession discloses a terrible secret: all agonising reminders that life is not ours to control.

In the midst of Simeon’s song of praise, he reveals the mystery that challenges everyone’s expectations of the Messiah: that this glory, this salvation, would be found through searing, piercing pain. Pain that would wrack Jesus’s body, break Mary’s heart, and pave a path of sacrifice for disciples to follow. In the moment of pieta, as Mary at the crucifixion cradled her son’s pierced body with the intensity of her love for him, and as the sword thrust into her own heart too, she embraced the ultimate act of letting go. Her song silenced, she surrendered her son to the terrors of hell and the darkness of the tomb. Yet his was a light and glory which could not be overwhelmed or constrained but which would burst forth after three days, shattering all expectations and revealing the new realm, the realm in which wounds are visible yet healed, the realm of resurrection – and Mary sang again as never before.

My daughter, Lydia, did survive her first winter, and the next, and the next. And in the three years she lived, amidst the struggle, we discovered many miracles. We discovered that when you let go and surrender your expectations, when your hands are completely empty and open, then can they be filled with a host of precious things. We discovered that when you know you’re going to lose something, you cherish every moment. You linger over every goodbye in case it’s the last. We discovered that Lydia and her friends at her nursery and hospice were not objects of pity but shrines of joy to be revered with awe and wonder. We discovered that the sadness wasn’t that they weren’t more like us, but that we weren’t more like them. For slowly we realised that it was they who instinctively knew the secret of the good life, and in their abundant generosity it was a secret they would share, if only you would stop long enough to listen: love and be loved, love and be loved.

There was no pieta moment of intense love for little Aylan Kurdi, the Syrian three-year-old who drowned last year en route to the Greek island of Kos. Few could have seen the picture of his lifeless body lying on the beach without wanting to scoop him up and cradle him one last time. I was deeply grateful for the time I had to cradle my little three-year-old after she died. In that moment of paradox, there was searing pain, yet insurmountable beauty: heaven breaking into earth within the walls of a children’s hospice on a suburban estate. Hearts wounded, yes forever, but also eternally transformed. This was the place of light and glory that Simeon had seen in the infant Jesus, the place of the most intense vulnerability, intimacy and love. Simeon’s eyes had seen God’s salvation.

Our eyes had seen it too.

In her living and her dying, Lydia revealed the truth at the heart of the Gospel: that when and only when we have the courage to admit defeat, to let ourselves go and to surrender, then we find ourselves cradled in the hands of another, of the Father whose hands flung stars into space, of the Son whose hands were nailed to a tree, of the Spirit on whose hands we will find names, so many names: Aylan Kurdi, Lydia Eve Poulson, mine, yours, beautifully engraved by the God who will never forget us, by the one who will never let us go.

As you may have noticed, we’ve started to post a few wider articles from the local community so I thought this might be a good time to state our ethos –

SLOW is committed to posting anything that may be of interest of any members of SLOW regardless of faith belief or culture and does not endorse any belief over any other … just an openness to the human experience.

The audio of this episode On Lent pilgrimage, broadcast on Sun 6 Mar 2016, is no longer available, but the full transcript of the Mothering Sunday’s service from St Martin-in-the-Fields, with the Rev Dr Sam Wells and the Rev Dr Anna Poulson, can still be found here on Radio 4 Sunday Worship.
Share this: